The Bresser & Forest Optics Best Find Competition is the highlight of the Patchwork Challenge year. This is the best find of the whole patchbirding year as voted for by you, the competitors.

For the winner of the competition, those fine folk at Bresser & Forest Optics are very generously furnishing the winner of this esteemed competition with a pair of Bresser Montana 8.5 x 45 Binoculars worth £665.00. Follow the link to check out this superb reward for one lucky contender.

Autumn migration is an exciting time for the birder. September and October end a summer birding drought as our breeding birds hit the exit doors for warmer climes and familiar winter species start to make the journey back. Amidst this changing of the guard, the birder scours lakes, bushes, skies and seas for the rarer birds that get caught up in these great movements.

Rare birds put in appearances all across our isles, along with a magnificent supporting cast predominantly from the east. Many patchers scored with classic autumn fare such as Yellow Browed Greenish and Barred Warbler, Red-Breasted Flycatcher, Wryneck , Richards Pipit and Little Bunting. A Rose-Coloured Starling was found at Durness in Scotland whilst Cheshire’s 3rd Marsh Warbler was located at Red Rocks on the 5th. All fine finds, but nothing to make the shortlist of the Bresser and Forest Optics Best Find Competition.

This was also a month of near misses, birds appeared on patches but another pair of binoculars got there first. Tim Jones hit big points this month, but had he been the first to lay eyes on the Masked Shrike that wowed the masses he would have perhaps already have had one hand on the prize. Similarly, Amy Robjohns scored with what is usually a Shetland speciality, a Pallas’s Grasshopper Warbler which had already graced the nets of a ringer at the southerly location of Titchfield Haven. Western Bonelli’s was a fine addition to Kieran Nixon’s patch list at Kelling. And in the month of the independence vote, Scotland was not to be forgotten with Gary Bell recording Myrtle Warbler and Red-Flanked Bluetail at Sumburgh whilst Mike Pennington enjoyed Pechora Pipit and Eastern Subalpine Warbler at Baltasound. Great birds but not finds.

There were however two patchers who found #patchgold and make the shortlist, with two very different birds from distinct locations.

On the 21st September, Iain Robson caught news of a Fea’s Petrel making its way north along the coast. The birders equivalent of lighting the beacons, the message went out from site to site along the coast, a fine example of the power of social media helping people score with this dark-rumped enigma. Iain was faced with a decision however, head to Newbiggin to enhance the chances of connecting or head to Druridge to add it to the patch list. Taking the gamble, he stationed himself on patch and listened to the reports as the bird headed further north. Preceded by a fine Sabine’s Gull, the Petrel finally came into view following behind a couple of Manxies, arcing into the sky before dipping out of sight into the waves to continue its northward journey.

Photos phone-scoped by Mark Newsome off Whitburn as the bird headed up the coast.
The second contender is an Olive-Backed Pipit. There were a few birds in classic locations during September where an OBP would be perhaps expected, but it was not the bird that Nick Croft would have expected as it flew low west over his Wanstead patch on the 26th September. The bird called twice as it flew towards Long Wood but could not be relocated. Having already scored with Blyth’s Reed Warbler earlier in the year, this is quite a double for this inland patch. 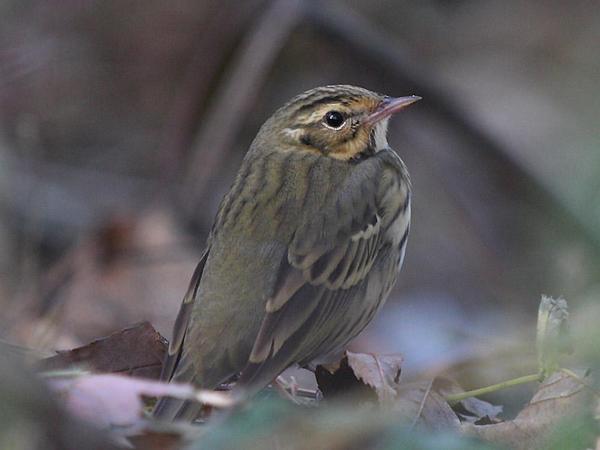 This bird showed well at Roker in Sunderland in October. Photo courtesy of Mark Newsome.
Posted by Pat Work at 09:56