Despite no submitted score this month (perhaps he was giving the rest of us a chance) from Darren Starkey he still holds firm at the top. Jonny Holliday's two weeks in Mexico opened the door for Mark Reeder to steal second space. Birds still had a winter feel to them with numerous reports of Whooper Swan (as they began there exodus) including a Sheffield area record breaking flock of 180 through Orgreave. A Bewick's Swan a Stobswood, for James Common, was a site first. Common Scoter were reported from several sites with Marton Mere, Neumann's Flash (a first at this site) and Orgreave. Willow Tits still hang on at a good number of sites in the Inland North, with Adel Dam, Chorlton Water Park, Norton Common and Northwich Woodlands adding them. 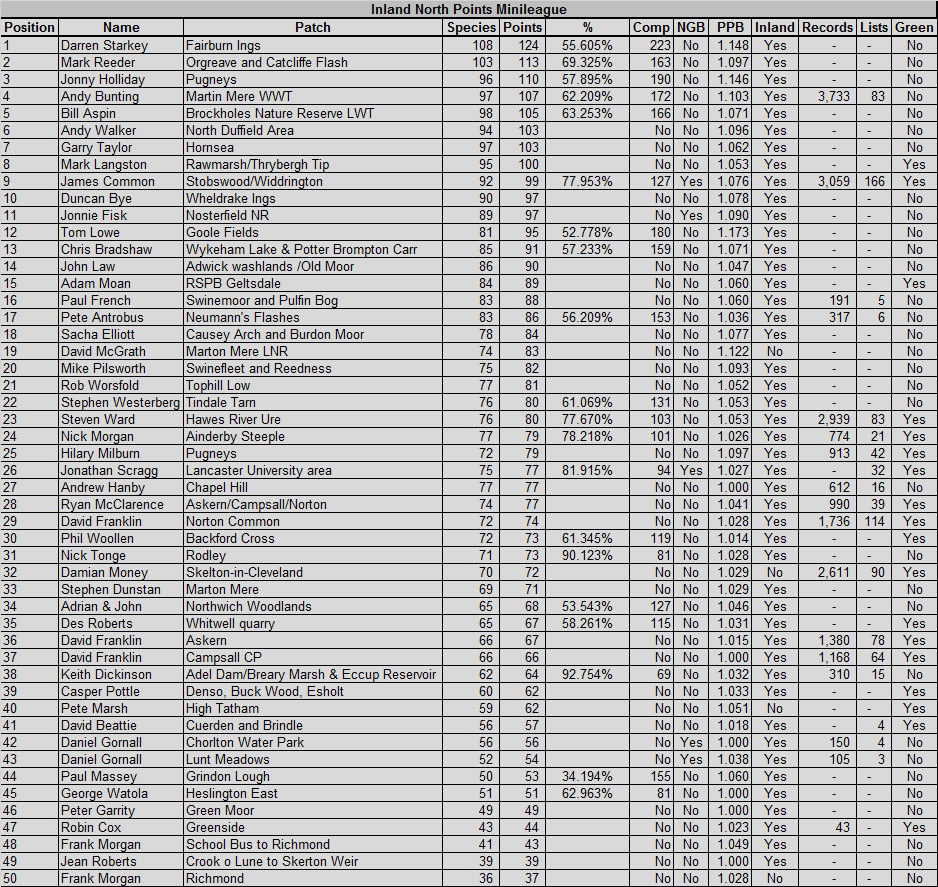 With most summer migrants back by the end of the month April should see the biggest monthly species count, and a good number of patchers will see their species total break through the 100 barrier.

In the Comparative League Keith Dickinson increases his score to 92.7% staying firmly rooted at the top. The gap with Nick Tongue slightly widened, by 2.6% (0.5% in February). Jonathan Scragg takes a massive jump from 6th to 3rd place increasing his haul by an impressive 12.7%. With the bulk of summer migrants yet to come these 3 can only keep climbing.