Tom Stevenson continues to out-do himself at Ewelme and Battle Farm with comparative scores of 86 and 77% respectively to hold onto the top two spots in the Inland South comparative minileague. Roger Hicks stays in third place 7% back on 70% with a Woodcock boosting his score.

Lee Evans has had a decent month at Tring and squeaks to the top of the points table 15 points ahead of Ian Bennell who lies in 10th and shares a patch with some decent bits and pieces including Scaup. In second Adam Bassett at Little Marlow is only a point behind with Goshawk his biggest hitter (alongside the semi-resident Great White Egret). Graham White at Rye Mead rises to third in his debut year with Jack Snipe his March highlight.

Three patches recorded Goshawk this month and two managed Kittiwake this month which makes an Inland patchers day. A dribble of early migrants and a few Red Kites were also added around the minileague. 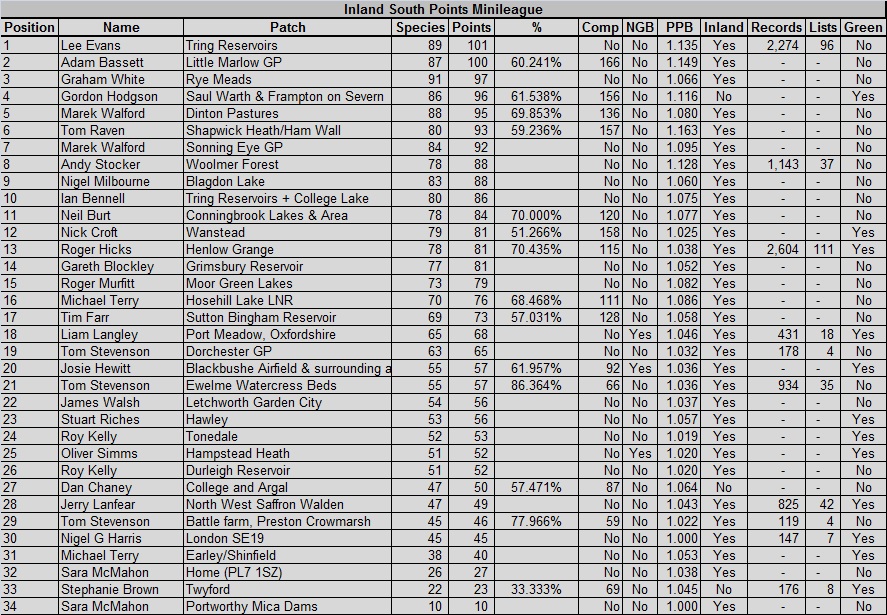