Paul Freestone stays top with his Gwithian patch despite no new additions. Andy Rhodes and Peter Hazelwood close the gap and remain in the same positions with Peter adding Firecrest.

Joe Stockwell has extended his lead to eight points thanks to a productive March including a Bonaparte's Gull which he had to be assisted to see by his better half after a heavy night out. Ilya Maclean moves up a spot into second thanks to a self-found Ring-billed Gull and Siberian Chiffchaff at Loe Pool. Lee Fuller at Needs Ore moves from eighth to third  with Red-necked Grebe, Jack Snipe and Water Pipit on his hit list. The highlights from around the patches include another Ring-billed Gull for Dan Chaney and Sean Foote also connected with the Bonaparte's Gull at Ferrybridge. 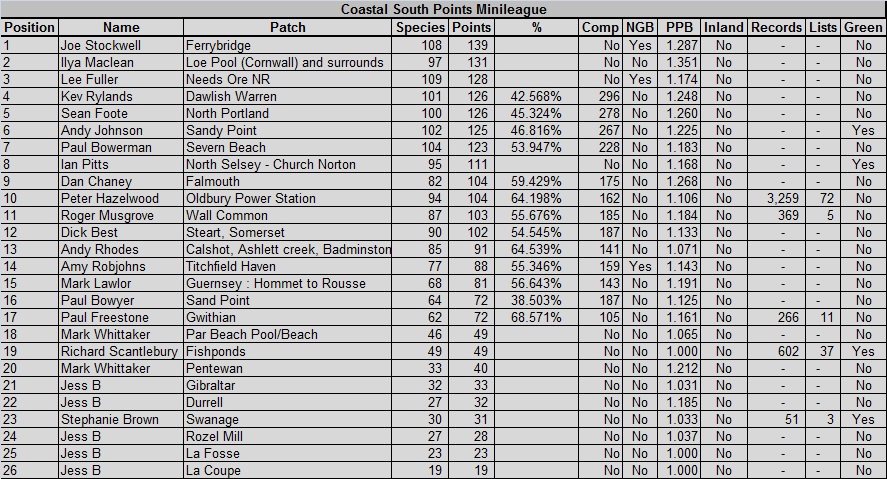