A confiding Snow Bunting during December was the final addition to Amy Robjohn's mammoth patch birding year at Titchfield Haven. Hardcore effort at this site resulted in a final comparative score of 142.93%, one of the highest in all of #PWC2016 and first in Coastal South Minileague.

Amy's Caspian Stonechat find was hands down her highlight of the year but closely followed by Stone Curlew and Semipalmated Sandpiper.

Second place remains in the hands of Paul Freestone at Gwithian who had an equally impressive year, finishing on 121.31% with top finds such as Isabelline Wheatear plus Dalmatian Pelican, Rose-coloured Starling, Wryneck etc.

Mark Lawlor, Dick Best and Paul Bowerman all keep their same positions in the top five at the end of the year, having beaten their comp score targets. Mark's Kentish Plover find is certainly worthy of an end of year mention, the first on Guernsey in thirteen years! 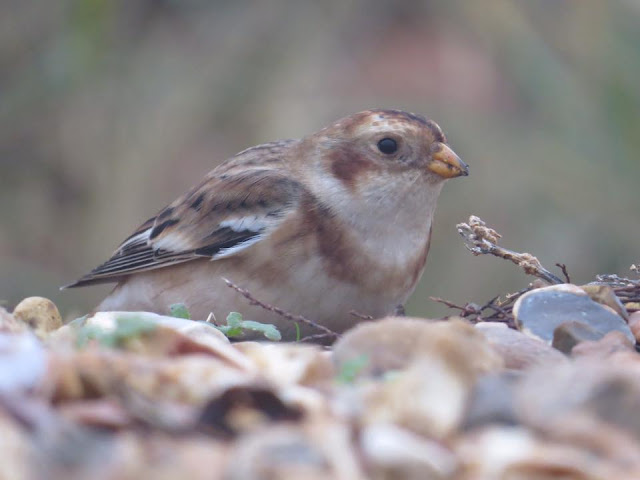 Joe Stockwell's lead on the Coastal South points table was secured for the year thanks to a wildfowl-fest at Ferrybridge to Weymouth during December which saw Goldeneye, Eider, Black Brant and Egyptian Goose bring his points score up to 277.

Amy's success in the comparative league was complemented by a second place position on the points table where Andy Johnson moved into third place ahead of Paul Bowerman by a matter of two points, helped by Snow Bunting and Long-tailed Duck added at Sandy Point in December.

Some highlights at the months end included a Hume's Warbler at North Portland for Sean Foote, an amazing flock of nine Cattle Egrets found by Ilya Maclean at Loe Pool on 30th December and a patch tick Caspian Gull for Kev Rylands at Dawlish Warren.

Aside from some of the aforementioned megas, the Coastal South Minileague was awash with rare and scare birds during #PWC2016 with the likes of Ross's Gull, Red-throated Pipit, Greenish Warbler, Bonaparte's Gull, Great Grey Shrike, Shorelark, Temminck's Stint, Cory's Shearwater, Ortolan Bunting and Serin making the best bird of the year comments section from this years contestants.

The PWC #patchgold favourite, Coot, also got an honorary mention as bird of the year for Sean Foote at North Portland! ;) 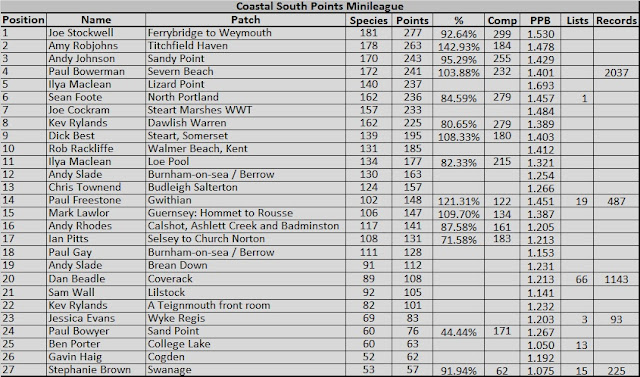 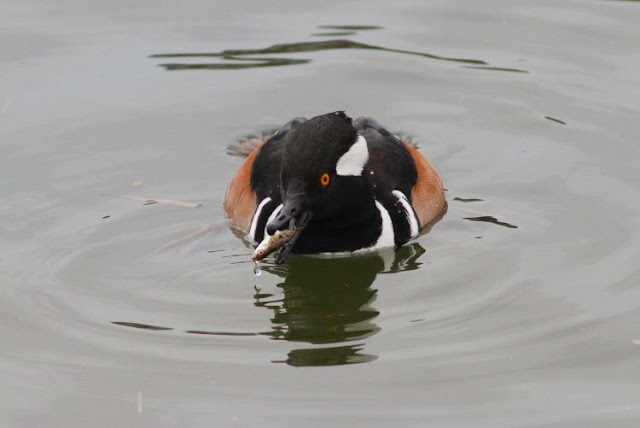 Hooded Merganser at Radipole...eating fish and NOT bread as kindly pointed out by Joe Stockwell :)
Posted by Pat Work at 18:26