Paul Freestone's Hayle patch sweeps to victory in the Estuarine comparative league. A fine year marked by Franklin's Gull and that Pelican was capped off by finally getting Caspian Gull onto the list and securing the title. Ian Ballam had a superb year at Lytchett and pushed the race to the wire, but adding Green-winged Teal (including finder points) and patch lifer Brambling was not enough to grab top spot. Christmas Cattle Egrets galore for Gordon Hodgson helped him to take third. 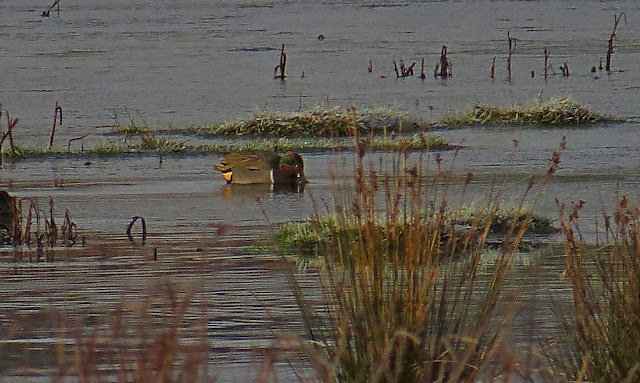 More than half of patches in the comparative league beat their target which is a great performance. Well done all.﻿

In the points league, long term leader Dave Craven couldn't quite hold on to take the title. Paul Sullivan at estuarine tour de force Frampton/Freiston too the spoils, with a comfortable lead of 15 points at the final tally. Paul added Jack Snipe, Velvet Scoter and Shag in December. Frampton/Freiston is better known for its waders, but Paul's highlights this year were Bittern (his only patch first in the year) and finding Glossy Ibis.

Dave really made a fight of it though, and had an excellent year featuring in first place in many of the monthly updates. He just couldn't add anything new in the last couple of months but his year highlights from this west coast patch were Broad-Billed Sandpiper and the number of Yellow-browed Warblers this autumn.

Howard Vaughan managed to keep the other Frampton birders out of the top three by a single point! His comment on the submission form for December: "oh so nearly the first blank month... dire but salvaged with a one point Goosander on 27th - a rare bird here". An important addition in the end, every point counts! The best of the year for Howard Vaughan was a fine male Golden Oriole, there are not many better birds. 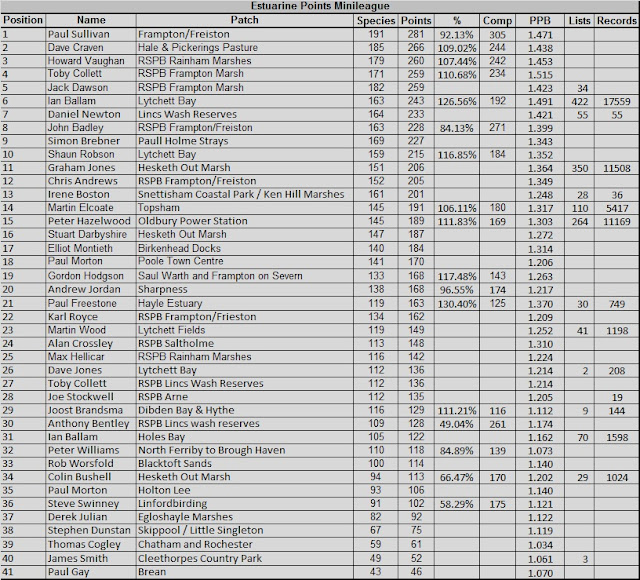 Other highlights in December involved the start of the Waxwing invasion with birds at Aigburth. A second Yellow-browed Warbler of the year for Martin Elcoate meant no additional points but is still a nice winter find. A number of patches added Water Rail, Woodcock and Brambling in the month and a Red-throated Diver was the highlight at Snettisham.

Final mention for December should go to Elliot Montieth for his Great Crested Grebe heroics. Spotting that it was caught in fishing line he swam out to it at Bidston Moss in the middle of winter! A hero indeed. 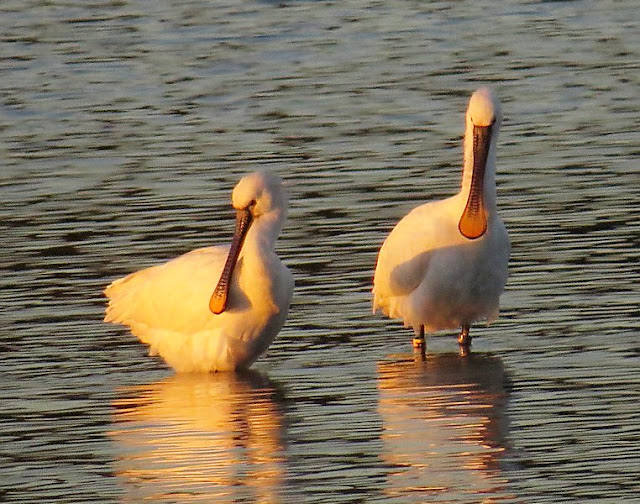